UAE economy poised for recovery in 2021: How will this affect residents and their spending? 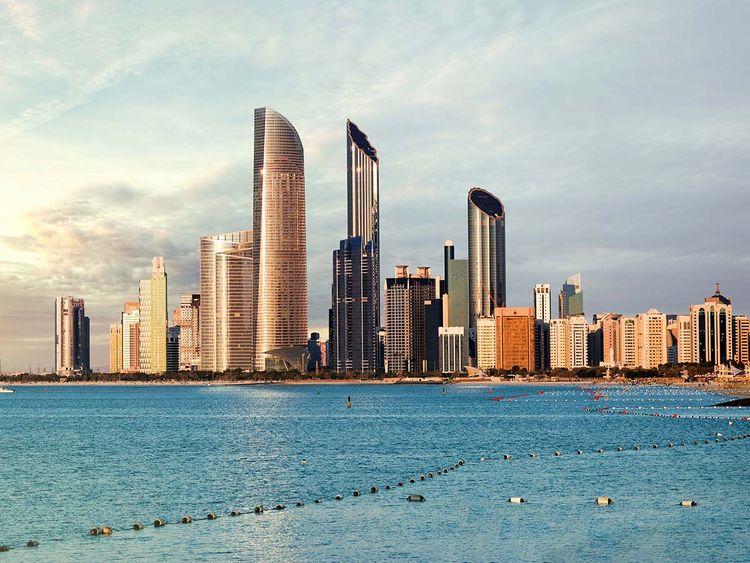 The UAE economy is expected to begin recovery to pre-COVID-19 levels in 2021, with steady growth then seen continuing until 2024, lenders and rating agencies evaluate. But how does this affect your household spending and your fiscal matters in general? Read to find out more.

The UAE economy is expected to begin recovery to pre-COVID-19 levels in 2021, with steady growth then seen continuing until 2024, lenders and rating agencies evaluate. But how does this affect your household spending and your fiscal matters in general? Let’s find out.

The UAE, the Arab world’s second largest economy, is now expected to suffer a deeper contraction this year than originally estimated, with the UAE Central Bank projecting a -5.2 per cent GDP growth for 2020. As per earlier forecasts by the Central Bank, the GDP was projected to decline by 3.6 per cent this year.

“As a regional trade, tourism and transportation hub, the UAE economy was hit by the general ban on travel, while manufacturing production shrunk due to supply chain disruptions, limited export opportunities and subdued domestic demand,” the CBUAE said in its quarterly review.

The UAE economy was already expected to contract this year with the IMF’s (International Monetary Fund) latest projections estimating -6.6 per cent real GDP growth for 2020. This is against a growth rate of 1.5 per cent seen last year. The IMF’s forecast is far more conservative than many other recent ones, citing the impact of low oil prices and other COVID-19 risks.

Economists at HSBC too currently see economic growth to begin bouncing back in 2021, with regional debt issuance on course to top $100 billion for only the third time in history – suggesting 2020 to be a record-breaking year.

The economic rebound in the UAE has largely been expected to be driven by looser OPEC+ production cuts and the Dubai Expo, set to commence in October 2021. The UAE economy grew at 2.9 per cent year-on-year in 2019, up from 1.7 per cent in 2018.WHAT IS GDP?Gross Domestic Product (GDP) is the monetary value of all finished goods and services made within a country during a specific period. GDP provides an economic snapshot of a country, used to estimate the size of an economy and growth rate. (Reference: Investopedia)

Government stimulus comes to the rescue

However, continued government stimulus, a gradual easing of the lockdown, the upcoming Expo in 2021, etc., will eventually help the economy to revert to its pre-COVID levels by sometimes towards the end of 2021, economists say.

Government policies have played a major role in normalising the economy. Dubai was recently awarded a “Safe Travel Certification” from the World Travel and Tourism Council, while the UAE ranks third in Covid-19 testing per one million of population.

As the UAE bounces back economically — opening malls, allowing offices to operate, and brings life back on track — it is also actively forming legislation and taking measures to support residents and tourists without halting any of its national projects or plans.

The UAE central bank has so far rolled out stimulus measures worth about 18 per cent of GDP. Of the Dh100 billion worth of monetary stimulus announced so far, majority of the funds have been earmarked towards SMEs as well as consumers. Emirates like Dubai and Abu Dhabi have announced individual fiscal packages in addition to the Dh16 billion stimulus announced by the UAE cabinet for all seven emirates. In total, the combined size of all the stimulus programmes now exceeds Dh120 billion, said industry sources.

Analysts recommended additional steps that could assist in GDP recovery:

a) Easing rules for foreign investors’ participation in local businesses;

In order to protect its expat resident base, UAE authorities can probably look at incentivising consumers with additional discounts on utilities bills and federal fees.

Economists see household spending in the UAE on track to return to normal in the coming months, with spending patterns already improving much in the past months. Consumer spending rose 63 per cent in August, compared with March, as the UAE government eased coronavirus-related restrictions to allow businesses and other economic activities to resume. Spending in restaurants was 75 per cent higher in August than in March, and consumer spending on apparel grew 78 per cent in the same period.

Consumer spending made up nearly 40 per cent of the country’s GDP in 2019. Statistics has shown historically that consumer spending in the UAE averaged Dh482.6 billion from 2001 until 2019. Also, consumer expenditure per household in the UAE was at Dh63,000 in 2019, a growth of 14.1 per cent compared to Dh55,200 in 2018, according to official data from the Federal Competitiveness and Statistics Authority.

With spending in the UAE expected to reach Dh549 billion by the end of 2020 and estimated to exceed Dh950 billion in 2021, experts view that the economy is well on track to stage a recovery by next year and the sluggishness and dragged out recovery will remain partly dependent on how residents and business owners implement their money spending and saving strategies.

Domestic demand in the UAE will not be able to recover fully until overseas demand starts normalising. Various sectors of the UAE economy like trade, tourism, real estate, leisure, hospitality and domestic manufacturing rely heavily on inbound and outbound flows.

“Since the UAE is a very external-facing economy, the global recovery is critical for the country to see a resurgence in economic activity. This crisis stems from a health pandemic. The discovery of a vaccine is key to a recovery to pre-COVID levels. With an easing in lockdown measures both domestically and globally, we can see some improvement in economic activity from the lows of April,” said Monica Malik, Chief Economist, Abu Dhabi Commercial Bank.

Even the postponed Expo in 2021 will need international trade, global travel and tourism and oil to pick up. “It seems likely that these sectors will take longer to normalise, as might domestic consumption should jobs start being cut. Government spending may also be restrained in the context of a much bigger budget deficit this year,” explained Fox.

“With the world’s seventh largest proven crude oil reserves, the UAE continues to be a dominant player in the global energy space. Oil exports account for around 25 per cent of the UAE’s overall exports. As such, the economy’s fate is not just linked to overseas trade and tourism but also with oil prices. The current recovery in oil price bodes well for the UAE economy. WTI and Brent prices have both rallied by 100 per cent from their YTD low levels. This is likely to support domestic manufacturing as well as SME sectors’ growth,” added Valecha.HOW’S THIS CRISIS DIFFERENT FROM 2008-09?The difference between the current crisis and the one in 2008-09 is that last time, the banking sector was a problem, whereas this time the banking sector is part of the solution, according to Anita Yadav. “Banks are being encouraged to support SMEs and retail clients now whereas last time, it was generally the banks that needed to be saved.”

The 2008–2009 crisis began with a slump in US markets which later percolated globally towards the consumer side of economies, resulting in a massive demand side slump.

“This time, however, social distancing requirements are likely to cause major entities in manufacturing and service sectors to operate at a reduced capacity. This will affect the supply side of the market. A complete balance between demand and supply will only happen once the global curve flattens and a vaccine is available,” said Vijay Valecha.