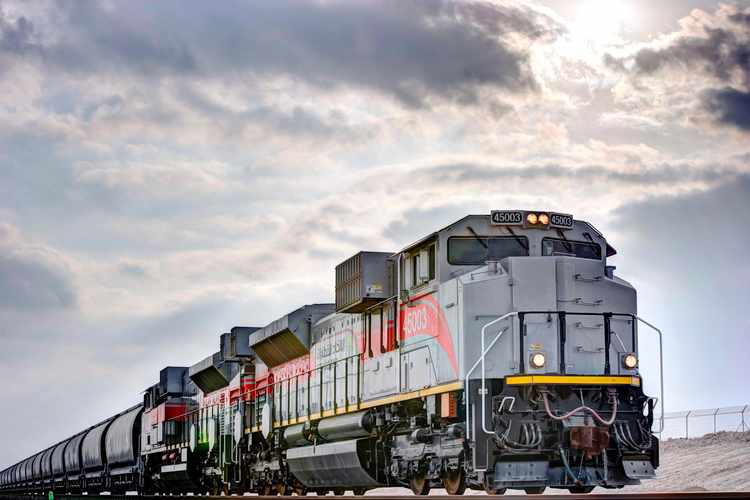 Etihad Rail, the UAE’s national railways connecting the entire country and the GCC region, on Tuesday announced that it is tripling its wagon fleet to over 1,000 units.

The contract signing was conducted by Shadi Malak, CEO of Etihad Rail, and Wang Hongwei, vice-president of CRRC Yangtze Group, a subsidiary of CRRC Corp.

Sheikh Theyab reviewed the overall construction work progress of Stage Two also and witnessed the purchase approval of wagons which will increase the rail’s annual transport capacity to 59 million tonnes.

When completed, Stage Two of the network will extend 605 kilometres from Ghuweifat on the border with Saudi Arabia to Fujairah and Khorfakkan on the UAE’s east coast, while connecting the ports of Jebel Ali in Dubai, Khalifa Port in Abu Dhabi, ICAD/Mussafah in Abu Dhabi and the Port of Fujairah, with the existing Stage One line at Ruwais.

“The national railway network is designed to cater to the needs of customers and related industrial sectors, as well as existing multi-modal transport systems. Etihad Rail, the operator of a new, modern, scalable, and reliable mode of transport, will directly support the vision of the UAE’s wise leadership for economic growth and sustainable transportation,” said Sheikh Theyab.